Any news revolving around sea maps and their collectors isn't normally that appealing to those outside the maritime industry, but a recently reported discovery regarding a set of unearthed archive nautical charts actually made much bigger headlines than usual. The story, which you can read here, revolved around a family living in Yarmouth, a town in the Canadian province of Nova Scotia, who in the midst of digging up some old carpets found an extraordinary collection of old shipping maps and nautical charts, buried beneath layers of foam, thin sheets of linoleum and newspapers dating back to the 1930's.

Whilst the maps may not have had the expected 'X' marked spot, they were nevertheless true maritime treasures. Three charts in the find were actually original maps made by the famous hydrographer and stationer James Imray (yes, as in Imray charts!). Each of the charts and maps had thick blue-backing not commonly found on today's maps, and were likely a leftover relic from the original owners of the house, who ran their own shipping company. Whilst it's a terrific tale of the map actually being the buried treasure, with our own range of Admiralty collection archive nautical charts, chronicling cartography attempts as early as the late 1600's, we thought it would be good to take a break from tutorials on navigation techniques and make an introductory collector's guide on the blog.

Since the early nineties, many of the hydrographic offices here and abroad began a process of revitalizing and restoring their company's earliest attempts at survey work, which is great for any enthusiasts not quite lucky enough to have a half a dozen originals lurking beneath their feet. Whilst almost all these charts can be viewed online, owning a physical copy, even it is just a copy, has sparked an intense wave of maritime collectors.

Though these maps are hardly practical for course plotting, they provide a fulfilling window into early ocean navigation; allowing history buffs to literally see the evolution of cartographic, engraving and surveying techniques used over the last two centuries. Indeed many of the charts have little items like coat of arms, signatures and other signifiers of the times and of their authors. Whilst we're sure there may be some monetary investment to be made in charts printed in limited quantities, for many the appeal is nostalgia, to bolster a collection and a genuine passion for traditional sailing methods. What might be driving an intense growth of charts packaged as collector's items is GPS, electronic navigation and autopilot systems, all of which become more widespread year after year. Though it's certainly a long while before the demand for general waterway, coast and inland lake & river paper charts ceases, their continued obsolescence ultimately makes them more valued by boating enthusiasts. Whilst an 'antique' by its strictest definition applies to objects at least 100 years old, the charts of today - already destined to become the valuables of tomorrow - may well become greater collector's items because of a larger abandonment of different technologies, much akin to how cars become classics after as little as 25 years.

In the case of chart reproductions that existed as far back as the 1700's, there's also the artistic value to consider. Modern printing technology has resulted in charts that can be printed "on demand", with cartographic data downloaded even the night before printing. This removal of manned oversight is rather practical for yachtsmen, whereas the charts of yesteryear were hand drawn before being primitively reprinted. Whilst these sketches weren't hugely adequate for navigation, they were nevertheless beautifully arranged, and it's quite common to see them framed and displayed in ship cabins, offices and everywhere else benefiting a small slab of hand plotted lines. Whether at an auction or beneath your feet, finding charts made and used more than a hundred years ago can be an endeavour of either expense, luck or a little of both. However if you've already weaned your way into the collecting world with military memorabilia, models and vinyls, or more modern phenomena like comics and antique electronics, then starting your own gallery of Archive Nautical Charts & Maps may be a sensible step that at best will reward your investment, and at the very least give you something visually impressive.

Do you collect archive nautical charts and maps? If so, please feel free to share your tips and advice through the comments below, and any photos you may have of your charts through our Facebook page, on Twitter or via Google+. 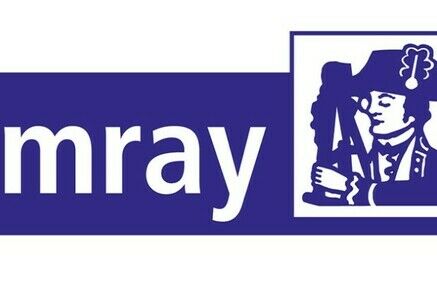