Back in June on the Sea Chest blog we wrote a very condensed guide to the art of using Nautical Almanacs as an aid in navigation. Well we decided to leave out some of the denser details on one topic for a future post, specifically on Tide Tables and Streams. These reference charts and resources make up a huge shelf of our nautical bookstore, but what are they used for? How do they help seafarers?

Tide goes in, tide goes out; we can all explain that. But in case you need a refresher, the Sun and Moon both exert a gravitational pull on the Earth's surface, which leads to a change in our water levels called 'tides'. This rise and fall in the oceans happens like clockwork, and we've known pretty much exactly when it will change, wherever you are, for some time now. To this day, sailors (as well as surfers, fishermen and divers) still rely on compilations of tidal change data known as 'Tide Tables'. They aren't always accurate to a certainty, but their data is still vital for sailors navigating coastal areas, inlets, bays and estuaries.

The way the Sun, Moon and the Earth's rotation affects tides are pretty much unchangeable, but because of other factors like ocean currents, winds, contours along the ocean's bottom and landmass the tides can be far more unpredictable. This may not mean much for boats sailing on open ocean waters or great lakes, but in places like an inter-coastal waterway you'll be in grave danger should you embark during the wrong time of day.

Tide tables provide fairly accurate predictions of the the times and heights of the high water and low water for a particular region. This includes information on Tidal Streams; the currents associated with tides, generally near a coastline or harbour. These predictions are compiled based on actual measurements of tides over an extended period of time. For most places in the UK, this information can be found daily on a variety of internet sources, including the BBC:

The United Kingdom Hydrographic Office (UKHO) supply this data to the BBC, and even their own tide prediction service using data from 700 worldwide ports. They also have tidal data available in yearly published paper formats, covering UK, Eire and European Channel Ports. Full tidal data can be found in their yearly range of Reeds Nautical Almanacs, but they also have specialised tide tables published separately. They show not only the times and heights of the highest and lowest tides, but also the water levels for certain areas during specific times. Like navigation as a whole, reading time tables can appear to be a complicated art, but once you understand their layout it becomes a lot simpler. When you have the tide table for your specific area, you'll notice In each of the columns there's a  day and date, and a set of times and heights - these are correlated to when the Sun and Moon rise and set. By finding the desired date and time on the water, you can work out the average height between them, and the best time to be on the water. Most published tide tables come with a digram to facilitate the calculation of heights at times other than high and low water, with some ports even listing hourly predictions.

Tide Tables and Tidal Streams, like much of what we've covered, can be quite an involving subject for both those fresh on the water and those seasoned to the salt of the sea. Let us know if you want further clarifying on anything by posting a comment below, or you can share your best high tide advice via our Facebook page, on Twitter or through Google+. 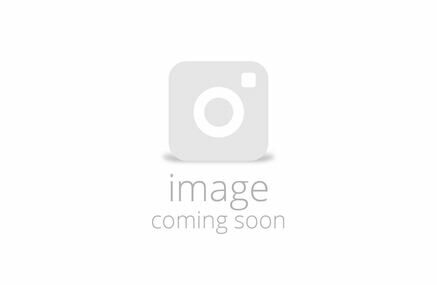