10 Amazing Lighthouses of the World

Take a moment to really put into perspective how big a role the humble lighthouse has played in society. As beacons of safety, these towers have tethered boats away from danger, ensuring the steady income of commercial imports and both new arrivals and returning friends make it to our shores in one piece. These days, the numbers of operational lighthouses has declined significantly due to the advent of modern electronic navigational technology. This is the inevitable nature of progress, and certainly isn't something to bemoan, but what it has left us is a set of superb historical pillars scatted all over the world, and this our personal pick of 10:

This small fishing and light industrial commune in Northern France has a truly atmospheric lighthouse bearing over its huge chalk cliffs and the English channel. Though it's many many miles from the American dream it alluded to it, the two green flashes that fire off every 6 seconds and 12m around the masonry tower can't help but be compared to the iconic glow used in F. Scott Fitzgerald's Great Gatsby.

Location: San Francisco Bay, California
The US West Coast's tallest lighthouse, this picturesque structure uses its name as a commemoration to the Carrier Pigeon; a clipper ship that was wrecked on the shores of the bay on her maiden voyage in 1853. Since its finished construction nearly 20 years later, it's burned through a mineral oil (kerosene) lamp, used a 1000 watt bulb (with electric motor and fog signal) and now encases six beams still active in aiding navigation.

When you read 'amazing lighthouses' you probably thought only of multi-storied (and sturdy...) structures, but we actually have a soft spot for the dilapidated but undeniably picturesque spires such as this one. Located in a small brook in a very tiny town in Northwest America, what we find fascinating about the leaning lighthouse of Limerick is how little there is available about it. Supposedly sitting where an affluent summer camp used to be, its mysterious lighthouses such these that are every storytellers bread and butter, and our personal vice.

Not a strict lighthouse in any sense, we wanted to dedicate just one number in this list to these iconic fair ground concepts. Typically built out of wood as a twirling and working ride, the alternatively named 'lighthouse slip' is as essential to a fun day out as to a complete compilation of The Beatles' best hits. These two we've highlighted are an art installation from 2009's Big Chill festival (left), and a floating sculpture set up in Hastings (right) - both by artist Henry Krokatsis.

Still used today not only as an active beacon but also as a working museum and major source of funding for maritime archaeology and education, the St. Augustine Light benefited from a star restoration in the early 1980's. This revamp reinstalled the 9-foot tall lens, helping to retain the lighthouse's notoriety as a resting place for the paranormal and as a popular tourist destination.

A peninsula extending off from the town of Fréhel, the cap has nothing even resembling a town or village, yet it does house two remarkable lighthouses. The larger, pictured here, was built in the 1950's and is still used today, with a beam that reaches up to 68 miles and a height of 98ft that can be climbed with the help of just 145 steps!

We could have quite easily filled most of this list with the many wondrous lighthouses of The Great Lake State. In restraining ourselves, we've decided to focus on this white, square steel pyramidal tower located in the city of Frankfort, which encases a cast iron lantern room and fourth order Fresnel lens. In its time its been relocated, increased in size and even passed from the hands of the US coastguard to the very city it sits in.

Built in 1929 to steer ships from crashing and getting stuck on the sandy banks of Casablanca's shores, the El Hank lighthouse is a round masonry tower. It was once to be seen in the illustrious paint job pictured on the left, but now sits in a simple white coat. It is Morocco's tallest traditional lighthouse at 65m (213ft), and uses a 2nd order Fresnel lens.

Another lighthouse that projects a green signal reminiscent of Mr. Gatsby (actually used to distinguish the lighthouse light from those coming from air beacons), the Marblehead Light has guided sailors since 1822, with a design that definitely stands as the standard image in everyone's mind when they hear 'Lighthouse'.

And of course, we couldn't close out this list with a look at the lighthouse that lies at our very doorstep. Call it a bias, but there's no denying that this Grade I listed building is not only a pioneering step forward in lighthouse design, but an essential icon of the Plymouth Hoe, the city at large and even Devon as a whole. The tower and its 93 steps are open to visitors, so if you ever stop by our store in Queen Anne's Battery, make sure you pay this nautical treasure a visit! 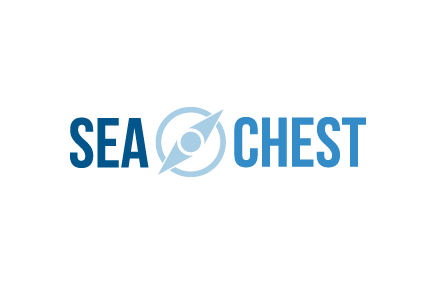 Top Hidden Beaches in EuropeTuesday, 27th of May 2014

In one of our previous blogs, we gave a revealing tour of the world's most exclusive private islands. Well if the thought of owning your own slab in the ocean is too strong a fantasy and you want something a little closer to home, our final blog on the world's 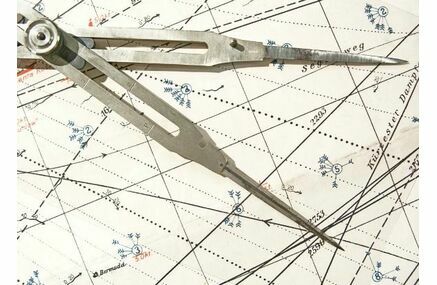 How To Plot On A Nautical MapThursday, 25th of September 2014

Sea maps and nautical charts represent an unbroken thread between all sailors throughout history. Though GPS and other electronics are becoming more and more prevalent, even they are just new version of the consistently refined and improved navigation methods