It can seem quite quaint, to a dry outsider at least, the value mere pieces of paper can have at sea. Whilst a switch is being made from print to pocket electronics and iPads, a handy fold out chart still has exceptional value over the many other expensive bits of technology and trinkets one can take on board. Today we're going to give an overview of what could be considered the ultimate Seafarer's Companion: Nautical Almanacs. These publications contain everything a seasoned sailor needs for celestial navigation and more, hence why we're going to give a basic overview of them, whilst listing some of the best almanacs to be found on the market.

What are Nautical Almanacs?

An almanac in the general sense is an annual publication that profiles dense collections of information for reference work, relating to a variety of professions, activities and hobbies. In the case of marine endeavours, they are like schedules of the co-ordinates of celestial bodies. For the UK at least, there are essentially 2 types of Almanacs you need to know of.

Reed Nautical Almanacs are indispensable for those at sea, containing information about ports and the areas around them. They provide tidal information - time of high & low water for major and non-standard ports - plus other need-to-knows like required radio channels, harbour facilities, tide tables and streams, waypoints, international codes and flags, weather, passage advice, 'rules of the road', safety, documentation and customs, As you can imagine, they're very thorough. Naturally since all of these are subject to change, yearly updates are published both in print and digitally, both as a whole and in regional packs.

The other type is what is generally by name considered to be a 'Nautical Almanac'. It provides information for sailors to determine the position of their ship at sea using celestial navigation. They contain information (such as Greenwich Hour Angle, Declination, Horizontal Parallax etc.) that can be used to determine the position of your ship wile at sea. Here, they are produced by the United Kingdom Hydrographic Office (UKHO), though it's a resource that can be used worldwide.

How do they work?

Before the advent of calculators and computer programs, Alamanacs were the primary form of navigation. Traditional almanacs help you specify, in hours of the year, your position on the Earth's surface at which the sun, moon, planets and first point of Ares are directly overhead. The apparent angle of whichever body you're going to use is taken with a sextant, and when combined with an accurate time of day (and providing you have a rough idea where you are...) you can discover your position.

In order to properly use a Nautical almanac, particularly if you're quite new to the art and science of celestial navigation, you will also need the following:

Sight Reduction Tables - Contain information about the position of the sun, moon planets and stars. Most come with detailed instructions to lead you through the sight reduction process, such as compass deviation. Reed Nautical Almanacs are the choice for thousands on the water. It provides all the necessary information required to navigate Altantic coastal waters around the entirety of the UK, Ireland, Channel Islands along with all of the European coastline from the tip of Denmark right down to Gibraltar, Northern Morocco and the Azores. The 2014 edition features improved layout and over 45,000 yearly changes. It can be bought either in its entirety in print and digitally, and you can also find various regional versions too. The officiated, and latest almanac by UKHO/Admiralty. The original, published in 1767, was the first of its kind ever to contain data dedicated to the convenient determination of longitude at sea. This new update features the standard set of astronomical data, but it also gives times of sunrise, sunset, twilights, moonrise and moonset for planning observations, diagrams and notes for identification of stars and planets; standard times of most world countries and much, much more besides.

From Imray and the Cruising Association, the Cruising Almanac 2014 Covers Northwest Europe, from the Faroe Islands to Gibralter, and the West coast of Ireland to the SOuthwest Baltic. It contains 500 charts of harbours and their approaches in full colour, with details of tides, approaches, entry, berthing and contact numbers. Also contains detailed tidal constats, streams, curves and tables for 47 standard ports. You can grab updates and corrections for free every two months from the official Cruising Association website.

A complete photo reproduction of the current US government edition of the UK nautical almanc - a copy with adverts. The Nautical Almanac 2014 provides astronomical information for every kind of sea vessel, with all requisite data on the Sun, Moon, Planets and Stars for use in fixing position at sea from sextant observations. 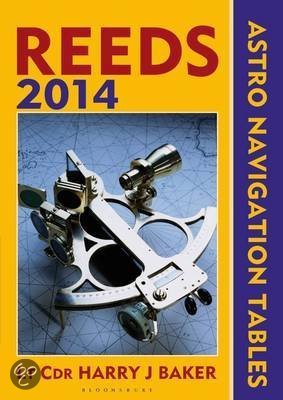 Previously known as 'Reed's Heavenly Bodies', the Astro Navigation Tables 2014 contains all the necessary information needed to navigate via the help of 'heavenly bodies' i.e. sun, moon, stars and planets. The tables have been devised by practical ocean navigators, and includes worked examples as an aide memoire.

So in a tight, soaked nutshell, that's Nautical Almanacs. Explaining the actual art of using them, from understanding the equation of time to Ra and declinations of celestial bodies is a topic very dense to list here, but if you're interested we have many guides available, and if you're in a coastal area there's bound to be several evening classes and online courses available.

If there's any vital info on these palpable ocean guides you feel we looked over, or perhaps is in need of correcting, do let us know in the comments. You can also share your own navigational tips with us at our Facebook page, on Twitter and through Google+.

We imagine the reason boating fails in particular have become so viral is because it's such a startling misuse of something so valuable, and because it's often a fair repercussion for careles misuse. Now you can't move online for videos and animated GIFs of 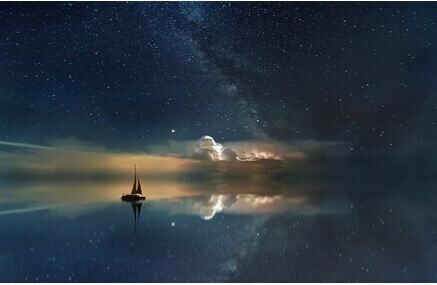 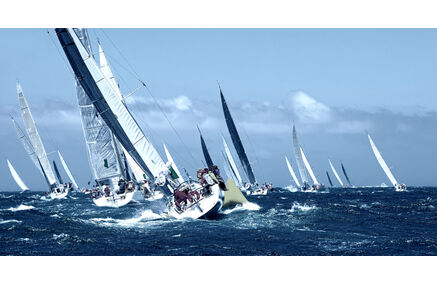